The jagged cave walls of the primeval past were probably the first medium of artistic communication among the early human dwellers of this planet. They helped the future know the earliest civilizations, exposed their ways of life and even preserved their vocal expression. They acted as the first written books in any prehistoric language. Today’s graffiti or wall art or writing on the wall is the closest conceptual resemblance of the above art, though both are pristinelynot equal, owing to the attitudes, encouragement levels and society in which they operated.

So, then, what all can be called graffiti? Technically speaking, everything that makes a plastered wall look like what it generally would not be, is graffiti. It can be a beautiful mural inspired by an interesting musing or just a colouring up the wall replete with incoherent patterns and letters of some unknown typeface. It can be a potential case of intended property vandalism or even a heart with a piercing arrow type love declarations. In fact the word graffiti linguistically is the plural of ‘graffito’ from Italian ‘graffiato’ meaning “a scratch”! It is the graffiti of the first two kinds that can be granted the identity as an adorable or pleasurable art.

The story doesn’t end there simply. Even the artistic graffiti that an artist or “writer” (as the people of graffiti world call themselves) produces putting a lot of conscious efforts, isn’t a well cherished art. In fact, it’s not at all so. For graffiti is done on clean whitewashed walls of simple and plain beauty, public and private owned, making them lose their professional look. And more important is the inseparable association of modern graffiti with the hip hop culture, particularly in the United States of America. Thus, all the graffiti done is viewed by the society and also the government at large, as defiance or vandalism.

Most of the graffiti of the United States is an offshoot of hip-hop culture, and naturally enough, the teenage hip hop graffiti writers have always had few plans to make politically correct and adorable creations that do not dare to hurt some seriously flawed societal conditions. For them, graffiti is nothing if not a medium of public display of their individuality and sentiments through skill. 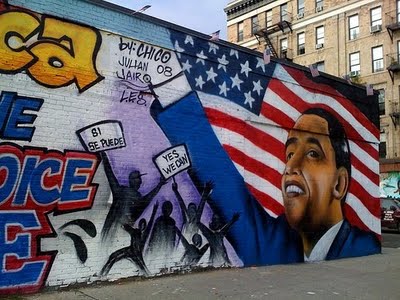 High individualism is one thing that is paramount to any artist; graffiti has even gone to the extent of incorporating the same into itself. As a result, graffiti stands alone, separated from all the other arts. A graffiti writer says, “If a writer thinks its graf then its graf. Like to me a picture done in spray paint of say Andy Warhol isn’t graffiti. I don’t think I could really describe what makes something graffiti but it just has to have that flavour. I could tell you in a second if something is graffiti or not.”

It follows that graffiti is an art with zero percent scope for traditional scholastic learning. You do it individually, enjoy it individually and finally accept its temporality, temporally-individually. You should have a streak of boldness and a longing for experimenting with things, fuelled by the basic urge, in order to first start up with graffiti, as graffiti is popularly called by some sections of writers as “getting up”. Things like flowing imagination and innovation are of course mandatory. 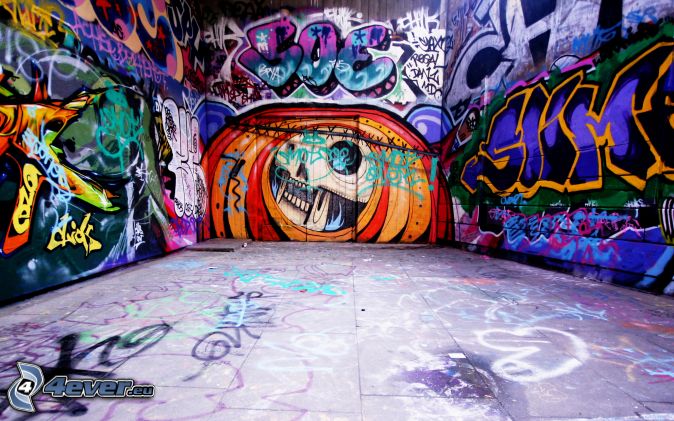 As already seen, attitudes towards graffiti have a wide variance. Academicians Varnedoe and Gopnik see graffiti “as a composite phenomenon, part childish prank, part adult insult”, while Abel and Buckley take an entirely different stance. They maintain, “Graffiti is a form of communication that is both personal and free of everyday social restraints that normally prevent people from giving uninhibited reign to their thoughts.”

Graffiti is largely done by skilfully spraying paint from an Aerosol paint can that contains fine particles of paint in aerosol form. The technique used is called “spray painting” and the writer uses a fairly wide array of nozzles for the spray can to be able to produce different line widths. Spray painting takes incredibly good hand-eye coordination and fast decision making; a moment’s delay can cause a drip that can shatter hours of hard work. 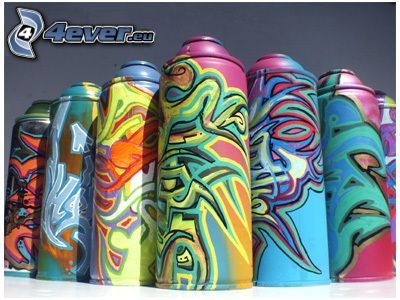 In hip hop culture, every work of graffiti is invariably tagged (called ‘bombing’ in graffiti culture) with the name of the writer in one of his/her inexplicable overtones of script, like the infamous bubble letters. The writer often does the script manipulation zealously competing with the other graffiti parties in the city. Some amateur writers also use stencils for writing words and using the same may be viewed as cheating by accomplished writers.

Graffiti writing isn’t without its set of health hazards. Paint fumes are one major problem and it requires the use of masks as a preventive measure.

All graffiti is considered property vandalism in many countries especially the United States, with laws to monitor and prevent the graffiti writing and to execute the timely removal of graffiti by applying coats of paints on the walls. In places where these laws are strictly enforced, writers do their work in a dead of secrecy, hoping to avoid getting caught and to see their work ‘published’ for at least a dawn. With the rising voice of graffiti writers against these laws, recently there are efforts of appeasing both the public and the writers by allocating some waste walls by the main road as legal spaces for writers to carry out their work.  This is truly a welcome phenomenon. There are also emerging artistic centres for graffiti like Sao Paolo in Brazil. Also recently, photographed graffiti came to be available in the internet, to attract large viewership, with an aim to establish graffiti as an art of international significance.

We in India did not have a high tradition of popular graffiti but slowly, it is beginning to attract recognition in cities like Mumbai. But interestingly, we too have a specimen of our own graffiti albeit with some differences. Yes! In Jaisalmer, there is a practice of painting wedding invitations on the front walls of the house, decorated by amusing one-liners and a medium size picture of the deity Ganesha. And it’s a tradition there, going on for centuries! Lastly, we at D2V like to express that all graffiti cannot be vandalism. Every known thing is separated in two by a line; identifying that line and monitoring the halves is the true way of tackling things, especially those that always tend to lie at crossroads. This goes with graffiti too and various things can therefore be done. Like expanding the allocation of legal spaces. Or publishing the works of writers periodically as hoardings. And definitely, punishing those who really intend malice. At the end of the day, we must give up indifference and begin to feel responsible for graffiti as a form of art.

After all, at D2V we believe that a bright strip of colour and an imagination galore can drive out the deadly pallor of a wall. And we strongly reckon that they add life to many a beholders’ vision jaded and faded with routine and lethargy.